Martha Jurksaitis & Kathy Alberici, 2014
16mm colour, digital sound
100’
Made entirely using nail varnishes and nail stickers as my materials, this is a visceral response to the craze for nail art, made on Ektachrome film stock. The film you see is the hand-processed original which will progressively become more and more worn
by the projector each time it is played. I won't try to 'patch it up’, I will let it gloriously scratch and wear off through being well and truly used. Nothing is pristine. Underneath their attractive coatings, nails are full of bacteria and dirt. My film is living and
dying at the same time, perpetually moving. Nails keep growing after death. Is the same true for analogue film?
PREV / NEXT   15 / 16
BACK TO ARTISTS OHF III 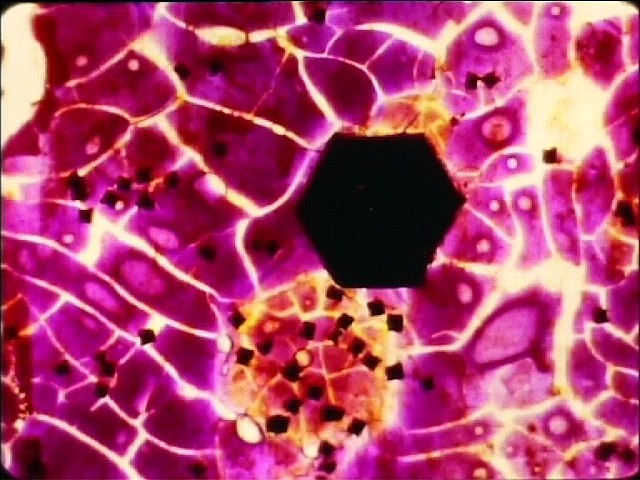