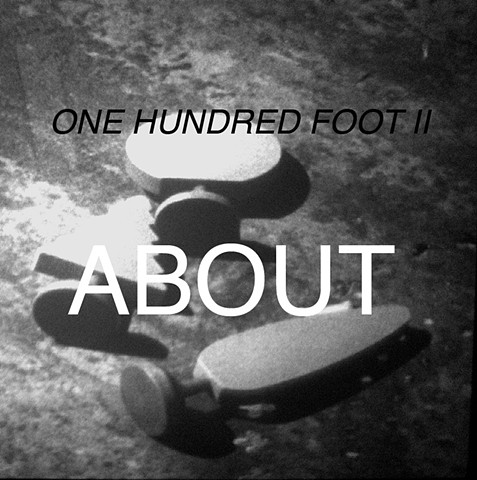 One Hundred Foot II is the second gathering of filmmakers’ and artists’ 16mm films which will make its debut premier this Saturday, July 20th, 2013 with an inaugural screening at Latitude Festival in Suffolk. As an industry standard, 100 feet of film (approximately 3 minutes) is the given length for a small spool of 16mm film. This given/standard/restraint has been used by artists in the past and remains a pertinent form/format for creating films. Utilizing this number, a film can be conjured up within the parameters of two distant but specific points – 0 and 100. In understanding that film, as opposed to digital, is measured in this tactile and physical form of length, the filmmaker/artist must address the issue of time through the measurement of a material length. For some, this constraint is seen as a time limit; for others, it becomes a finite amount of physical material in which to construct a work, similar to a sculptor’s material; and again, for others, their considerations may combine or reach beyond these deceptively simple approaches. The concerns around this issue are as idiosyncratic, subjective, and varied as the artists’ work itself - yet it is within this standardized and objective limit of 100 feet of film, that each maker must compose their subject matter through an exercise of economy. Whatever the filmmaker’s or artist’s intent, there is no doubt that this specific measurement is an actualized consideration for any artist working with film. Holding true to this interest, and while still being open to interpretation, Jim Hobbs has collected 19 films by artists and filmmakers whose work falls within the parameters of One Hundred Foot. Collage, found footage, handmade processes, film manipulation, short sketches, finished works, end of reels, rushes, and cans that haven’t been off the shelf in years - these films offer up a type of B-side mentality and a glimpse into many of the artists working process.