Emilie Atkinson, Karel Doing, Rosalind Fowler, & James Holcombe, 2014
16mm b & w, optical sound
100'
A collaborative experiment in which four people shoot one quarter of the film each using a Bolex and matte box, engaging in
an invisible dialogue with each other via the masked sections of the image. Each person also records 2.5 minutes of sound
which is played back at the same time and optically recorded onto the film strip before final processing. The filmmakers are interested in the synchronicities and frictions that might surface through this method of working, and the possibility that the essence of their intentions might somehow be subconsciously transmitted to other members of the group during the process.
PREV / NEXT   6 / 16
BACK TO ARTISTS OHF III 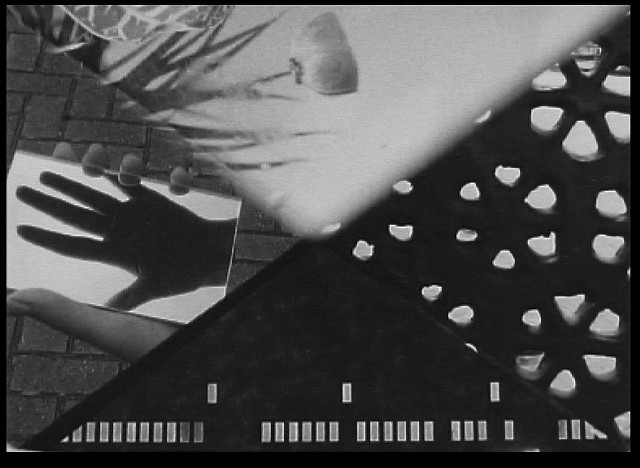