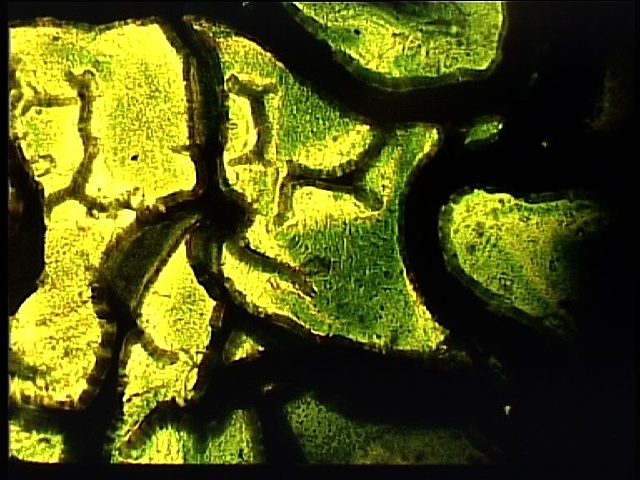 Blooms comes from a series of film works which takes the idea of failure of and in film as a starting point. For Blooms, short lengths of super 8 film were exposed to unsuitable environmental and biological conditions as not recommended by all major archives in their guidance notes to the long term storage and conservation of motion picture film. Thus corrupted, the films were then re-worked as short loops using a home made optical printer to re-articulate the still frames that survived the process into a new work within the limitation of the 100ft 16mm roll of film.